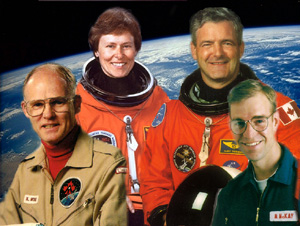 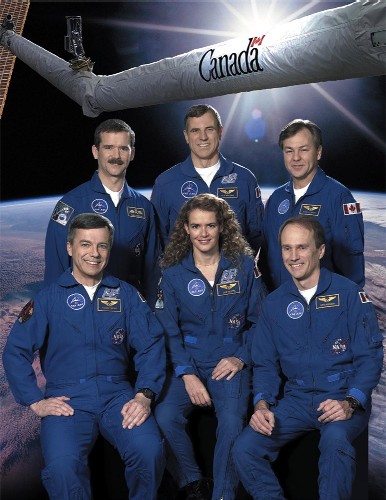 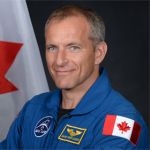 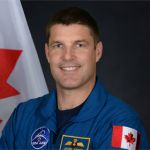 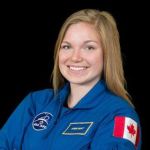 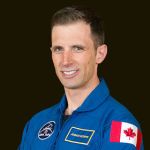 Canada's Astronaut Program was established in 1983 after the United States invited Canada to fly an astronaut on board a Space Shuttle mission. This invitation led to the creation of a permanent corps of Canadian astronauts to coordinate and conduct Canadian experiments in space.

Since that time, Canada has sent eight of its 10 astronauts into space as part of the U.S. space program on nine Space Shuttle flights. Dr. Marc Garneau has 3 missions to his credit.

Canada has its own astronaut training program (The Canadian Space Agency) and also trains in the United States with NASA. The CSA has established a Space Camp to encourage young Canadians to seek future employment as astronauts.

Canada continues to play a significant part on the new International Space Station 'Alpha' now under construction 240 miles above earth, by 16 member nations. Canadian astronauts assisted in the building of the station componants and take part in missions to deliver and install materials and supplies to the space station. The Space Station was completed in 2010.

Canadian astronauts are categorized as either Payload Specialists or Mission Specialists. They are not trained for the position of space shuttle pilots. U.S/NASA pilots actually fly the Shuttle on each mission.

Payload Specialists are astronauts whose major responsibility is to conduct experiments on board the Space Shuttle. They receive intensive scientific training as well as "basic" training in the operation of orbiter systems.

Mission Specialists also operate experiment apparatus. However, their prime responsibility is the operation of orbiter systems including the CanadArm. They are also trained for Extra-Vehicular Activity (EVA) or "Space Walks". All Canadian Astronauts are now trained as Mission Specialists.

A Canadian invention, the Canadarm or SSRMS, has gone into space with every STS Shuttle mission since 1981 and is a valuable tool for working in outer space and with the satellite launches and recovery from the Space Shuttle, as well as during recent major repairs to the Hubble Space Telescope.

PHOTO GALLERY OF CANADIANS WHO HAVE BEEN IN SPACE

In October 2003, The Canadian Post Office issued these postage stamps to honour Canadian Astronauts who have flown in space. The short Bios are from Canada Post. 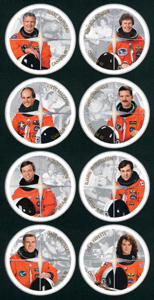 Marc Garneau is a veteran of three space shuttle flights, and has logged over 677 hours in space. He flew aboard the shuttle Challenger in 1984, and aboard Endeavour in 1996 and 2000. He holds a doctorate in electrical engineering, and is an officer of the Order of Canada. Dr. Garneau was installed as the ninth chancellor of Carleton University in 2003..

Roberta Bondar is a medical doctor with a Ph.D. in neurobiology. She was the first neurologist and the first Canadian woman in space, aboard space shuttle Discovery in 1992, where she worked on the International Microgravity Laboratory. She is an officer of the Order of Canada and, for her pioneering space research, has been elected to the Canadian Medical Hall of Fame.

Steve MacLean flew aboard the space shuttle Columbia in 1992, where he tested the Canadian Space Vision System, a computerized eye for robotic devices like the Canadarm. He has a doctorate in physics. He is President of the Canadian Space Agency and remains with active astronaut status with NASA.

Chris Hadfield, an engineer and accomplished test pilot, is the only Canadian to have visited the Russian space station Mir, which he boarded from the space shuttle Atlantis in 1995. He flew aboard Endeavour in 2001, and became the first Canadian to perform a spacewalk while installing Canadarm2 on the International Space Station.

Robert Thirsk, an engineer and medical doctor, flew aboard the space shuttle Columbia in 1996 to perform a series of experiments on microgravity and life sciences in the shuttle's Spacelab module. His 17-day mission was the longest for a Canadian astronaut.

Bjarni Tryggvason flew aboard the space shuttle Discovery in 1997. Trained in engineering physics and applied mathematics, he conducted tests in space on the Canadian Microgravity Vibration Mount, an instrument he designed to counter the effects of spacecraft vibrations on fluid science experiments.

Dave Williams is a medical doctor specializing in neurophysiology and emergency medicine. He flew aboard the space shuttle Columbia in 1998 for the Neurolab mission, in which the crew did experiments to study the effects of microgravity on the brain and nervous system. He was the first Canadian to be awarded the NASA Outstanding Leadership Medal in 2002.